Hilde Holger, in her eighties and nineties began writing her autobiography.
Below, are some quotes from Hilde Holger’s HISTORY PAGES.

“My studio was large enough to hold private shows for invited audiences.  The great Indian dancer Ram Gopal gave a solo performance there too, only his unpunctuality gave me a headache as several persons from the Diplomatic Corps were invited and he had not arrived. …

My greatest event there was to meet Ghandi who held his daily prayer meetings attended by thousands of people, where he always collected money for the poor of India.  Of course I took my shoes off, walked into the room and gave the greetings as of all Hindus.    He kindly gave me his photo with his autograph on it, which I treasure together with all the other great people whom I admire.  It stands on my desk next to me, with Isadora Duncan, and Gertrud Bodenwieser. 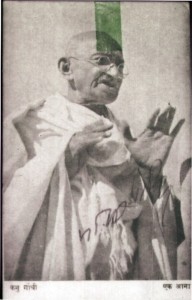 I was still in Bombay when Ghandi was assassinated.  I had just directed a dress rehearsal on stage when somebody rushed into the theatre shouting ‘Ghandiji is dead’, and a dreadful sadness came over all of us, Indians and Europeans.  Everything stopped at once, the great country was in mourning and that lasted for four weeks.  No performances were held in that time until theatres were allowed to open again and our performances could take place.  These were some of my last performances in India.
India’s independence brought a great change.  Sadly great riots broke out between Hindus and Muslims and dreadful killings took place; peace was gone.  We were afraid to send our dear Muslim cook, Omah Kayam, out for shopping in case he may be attacked by an irresponsible mob on the rampage.  My husband had already left for England to work in the National Health Service and to prepare for Primavera and I to follow him to start a new life.  I had to dissolve our home and my school to prepare for England – my third life after all, starting with Vienna.  …” 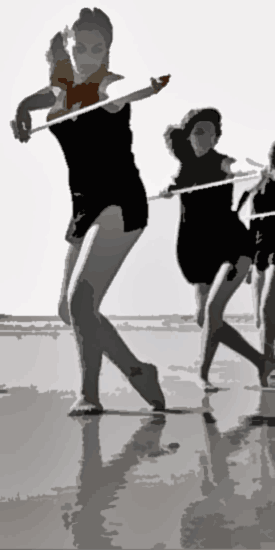